Staff member
Super Moderator
VIP
Last night I decided to tinker with an old PC that I had sitting in the back of my closet. My last memory was that I thought the PSU was bad and had even gone as far as disassembling it and attempting to replaces some capacitors inside it (based on several being bulged). This is a Shuttle XPC SN95G5, so the PSU isn't standard and even today is hard to find, costing about $70 to replace.

I purchased this in May 2005 to replace one that I'd built the month before, but lost in a house fire. Interestingly, while the original was a complete loss, I was able to salvage the processor (an Athlon 64 3200+) and get it to work in the new system. IIRC, you could see smoke stains on the bottom of the proc. I think I ended up selling the new proc and using the old one from the house fire.

It no longer had the HDD in it, and wouldn't power on. At some point I installed a card reader in the floppy bay. The Radeon 9600XT card is missing the cooling fan.

So this is a single core proc that runs at 2ghz. IIRC, the 3200+ nomenclature was AMD's effort to claim that it performed like an Intel proc running at 3.2ghz. I found a Seagate 250gb drive in my box of junk and after figuring out that there was a loose cable between the front panel and the motherboard, I was able to get it to boot and installed Windows 7 on it.

Not sure exactly what to do with it at this point, but I think it's kinda cool to have resurrected a dead 14 year old computer. I find that it runs surprisingly fast. Much faster than I expected it to. I've worked on modern PCs that perform worse than this old single core relic. I'm tempted to upgrade the proc with something off of Aliexpress and see if I can find a viable use for it. I bet I could upgrade to a dual core 2.2-2.4ghz proc and a 64gb SSD for $50. 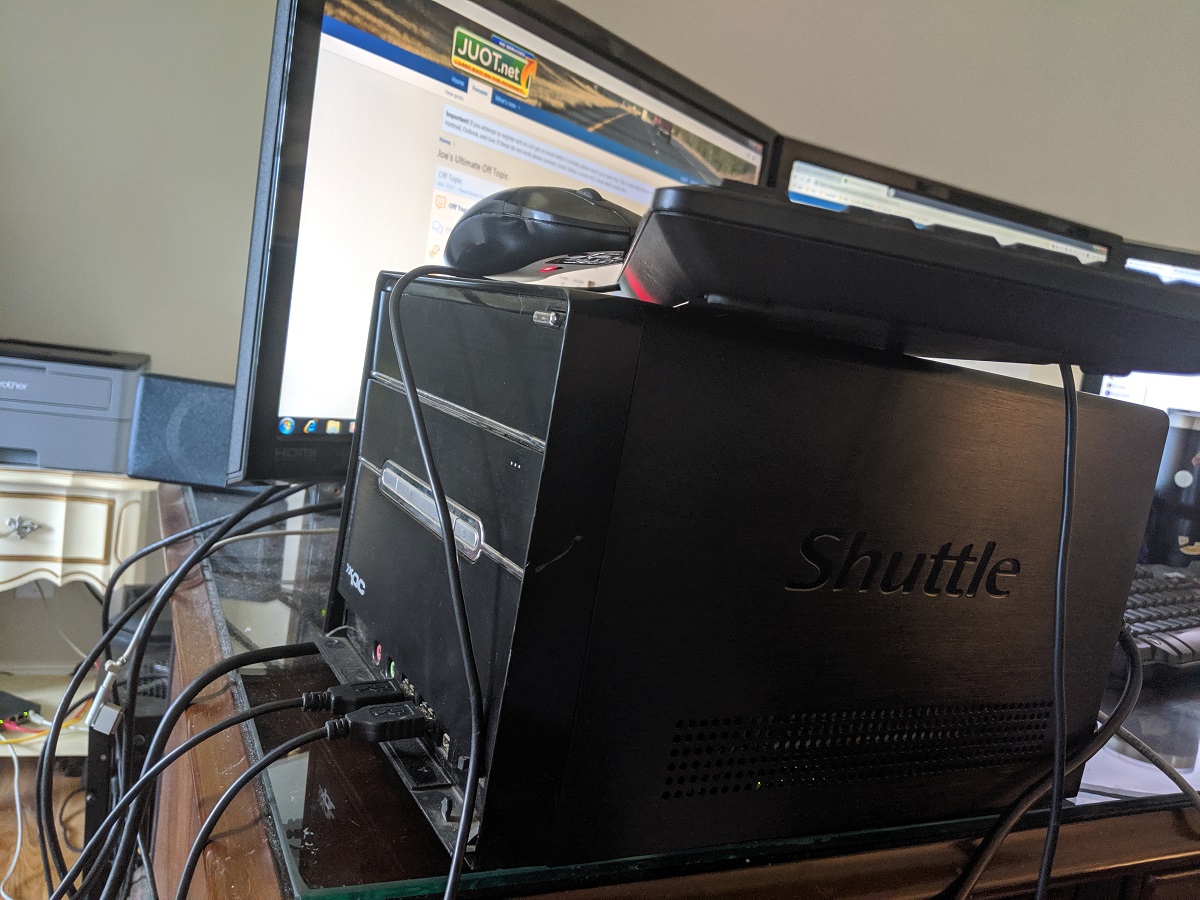 And find an LCD to use as a garage/shop computer.

Would be amusing to install Windows XP on it. Wonder if you can run the most recent version of Chrome on XP?

VIP
If you don't have anything running on it besides Windows, it probably is pretty quick. It's everything else that slows it down.

Case looks a lot like one I have sitting near me. It has some entry level AMD board/processor I got a few years ago and built as a media computer. It was okay. Been thinking of getting a newer board & processor and building it into a gaming rig for my son to play with. I'm sure he'd enjoy it.
F

lost in the jet stream

VIP
I have an old XP machine with a floppy drive I keep around in case I need to create disks for my old Roland samplers.
You must log in or register to reply here.
Share:
Facebook Twitter Reddit WhatsApp Email Link
Top